Last Fall, there was a class from SUNY Brockport using the RCTV studio on the one night each week when I was available to shoot new episodes.  Then I came down with a severe case of the flu, which lingered through most of January and left me with a residual cough.

Now that we're into February, and I am feeling much better, we will soon have some new episodes for you.  We will start with some of my coverage of a meeting to plan protests against Herr Cuomo's tyrannical, new, so-called "New York SAFE Act" law that the legislature shoved down our throats without any public debate.

Also, the studio has a new lighting setup that is more diffuse and provides much more even coverage.  This means that in the near future, we will be able to reliably use a green background and a chromakey system to shoot episodes with a virtual set instead of just the blue curtain and Betsy Ross Flag.  We will "test drive" the virtual set in the next couple episodes when I introduce the coverage of the protest planning meeting. 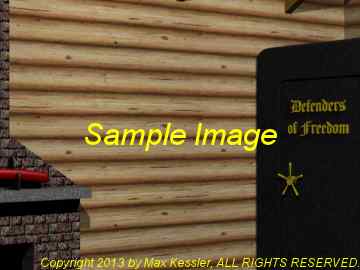 What do you think the set should feature behind the host?  We are considering a battle ax, other medieval arms, or a dart board.  Contact us with your opinion.  For legal reasons, any suggestions of politicians' heads mounted on plaques will be ignored (no matter how much we may agree with you).